This is Arnar, one of the guides that have been with us the longest🙏 When he is not guiding for us during the fishing season, then you most likely find him at Norðurál (Century Aluminium) where he works or in beautiful Hvalfjordur where he lives.
Arnar’s first fishing trip was with his father on the Fossa river, when he was 5 years old. After that, there was no turning back and from that time his father was never allowed to go fishing without him 😆
What Arnar likes the most about fishing, is being out in the nature, which he says might sound like a cliché, but that’s just how it is, he has always loved to be as far away from the concrete as possible, but the best feeling is of course when the fish nails the fly! 🐟
Arnar’s favorite type of fishing is sea trout fishing, without a doubt. He says there is nothing like fighting a powerful sea trout, that jumps and acts crazy 🔥
His most memorable fish is a brown trout, that he hooked when lake fishing on the highlands when he was a young boy. It was not the biggest one, but definitely the most memorable one. Arnar ended up using the entire linebacking, which resulted in the trout winning the fight. Arnar says that it was like his own Moby Dick when he was younger, the one that never got caught.
When asking Arnar about his favorite fly, he answers with “ugh, only one?”, so he probably could name them many, but ended up picking his absolute favorite ones: Pheasant tail, Wooly Bugger, and German Friggi 👌 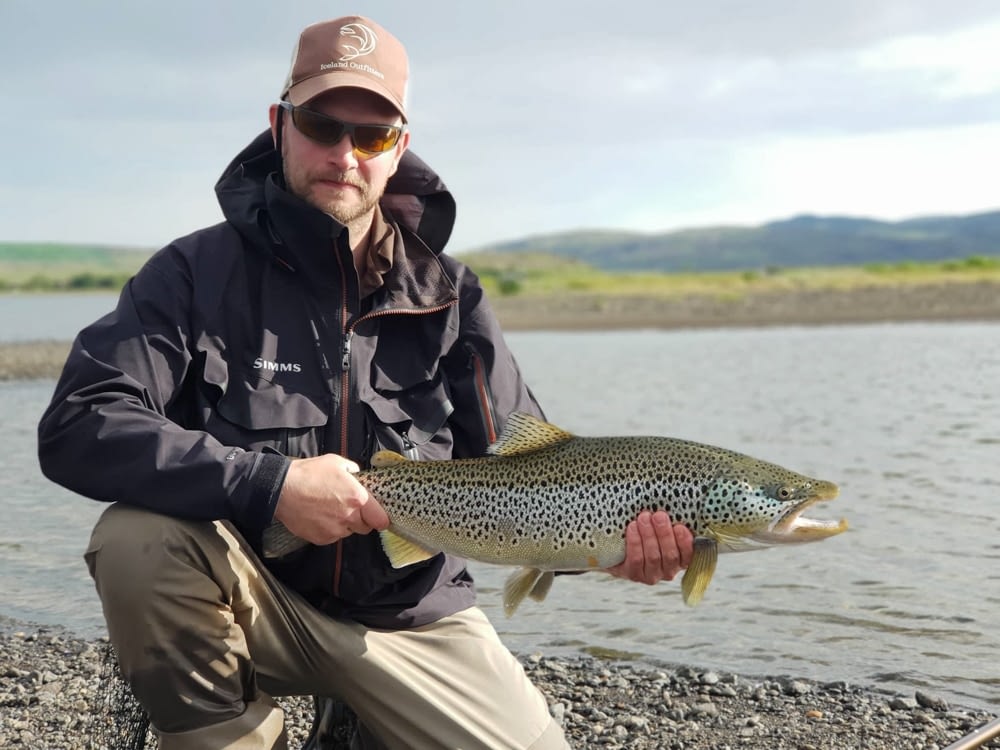