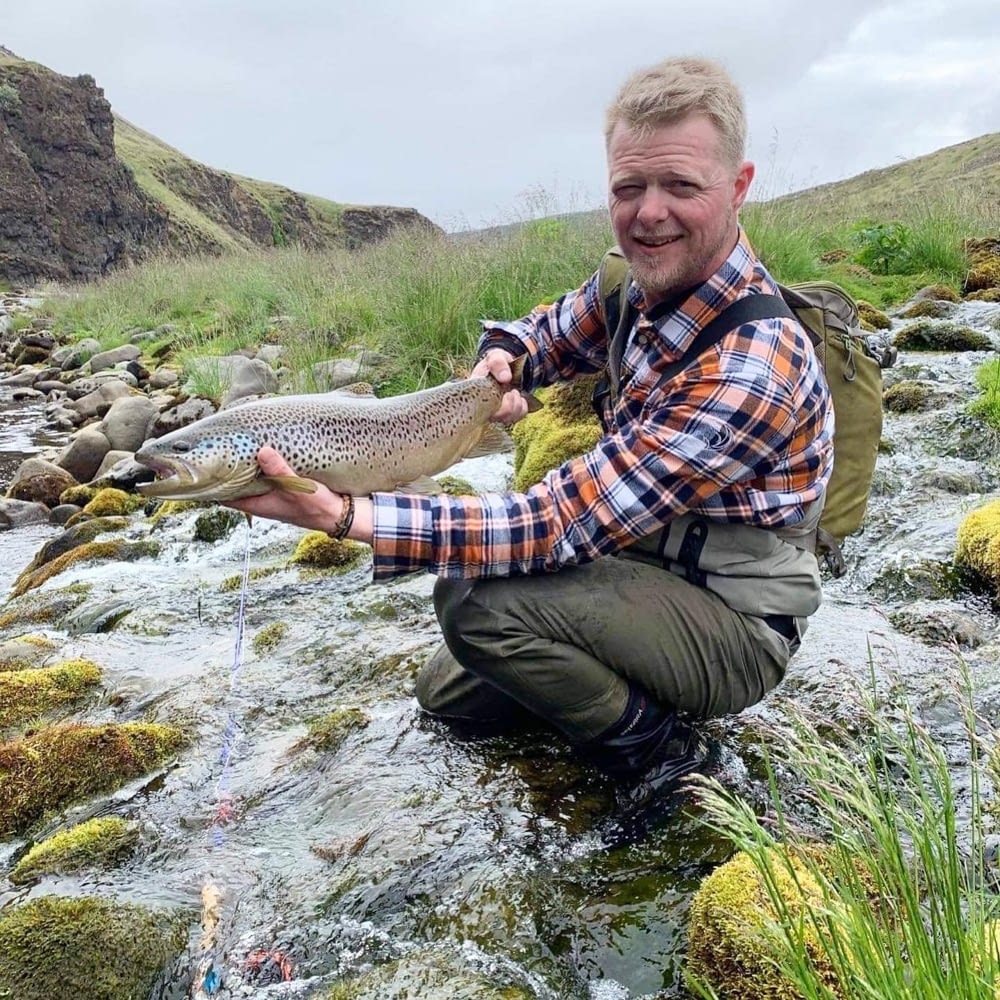 Now we are introducing Oli. He is a very professional guide with a lot of experience, we were lucky when he became a part of our team a couple of years ago.

Oli started fishing when he was around 4 years old and fly fishing when he was a teenager. He took his first casts while fishing with his father on Hlidarvatn, but his father is an angler and took him and his brother fishing, often in Myvatnssveit in northern Iceland where they fished and stayed in tents. Despite being introduced to fishing by his father, then his brother played a big role in training him. It can be said that the interest for fishing is passed down through the generations in Oli’s family, both of his children, a 5 year old girl and an 9 year old boy, have both hooked and landed arctic chars on the fly and love fishing in Myvatnssveit, go bird watching and sleep in tents, just like their father.

It varies what Oli likes the most about fishing, at the moment he likes targeting sea run arctic char on the Westfjords of Iceland where he lives, they were quite many this summer. He also likes fishing for Atlantic salmon in unknown rivers, dry fly for brown trout and fishing for 2SW salmon.

Oli finds it fun to think outside the box when it comes to choosing the flies. He argues that the presentation is more important than the fly itself, but if he would have to name his favorite flies then it would be Sunray, Caddis, dry flies and his latest favorite are nymphs in salmon fishing.