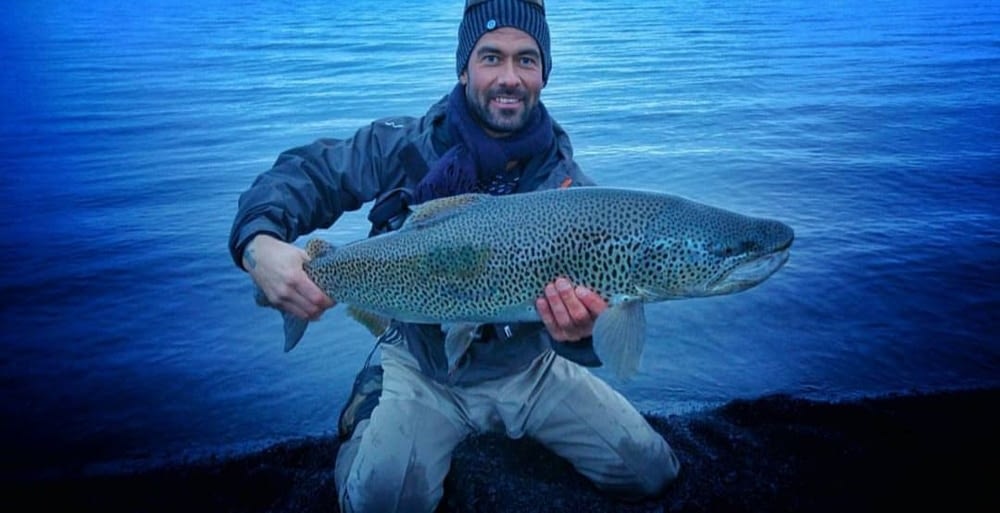 This is Sigurjon, another top guide on our great team.
Sigurjon started fishing when he was 6 years old. It was his father that introduced him to fishing 🎣 It was clear right away how much interest Sigurjon had for fishing. Next, it was fly fishing, which he started at the age of 7 and then salmon fishing when he was 10, then he was allowed to join his father on salmon tours each year, which felt like the top of the world 🙏🏼

When asking Sigurjon what kind of fishing he likes the most, he says that in trout fishing the peace and quietness are dominating and you sync with nature. It’s there where he recharges his mind and enjoys completely. But on the other hand, the salmon fishing is also great in Iceland, it is a different type of fun, where the excitement while fishing beautiful beats can give you great memories. He says that it is tough to find something that makes him more excited than a beat filled with big salmon 🐟 His favorite salmon fishing locations are Laxa in Adaldalur and Affallid.

Sigurjon’s favorite trout fishing locations are the trophy trout beats on Lake Thingvellir, where he caught his largest brown trout, which was 24 pound 🤩 Personally he finds it the most fun to fight 8-14 pound trout, as that is a real show! His most memorable day on Lake Thingvellir was on his birthday in 2015, when he landed 14 trout between 65-90 cm. He will never forget that day👌🏼

His most memorable fishing tour was in April 2008 in Steinsmýrarvötnum. It took 5 hours to drive there due to a lot of snow and darkness. In his first cast he saw a sea trout coming up from a deep hole, which he cast at, he saw the fish take the orange Nobbler and swim back down into the hole. The fight took 45 min and there he experienced how much fighters sea trout are 💪🏼

Nowadays he enjoys the most to take his four kids Lake fishing. There they make great memories. All of them are interested in fishing and their summer holidays are mainly about fishing 👨‍👧‍👦

His favorite flies for trout fishing are Black Gnat and Pheasant Tail. For salmon fishing, it is Sunray and Black&Blue