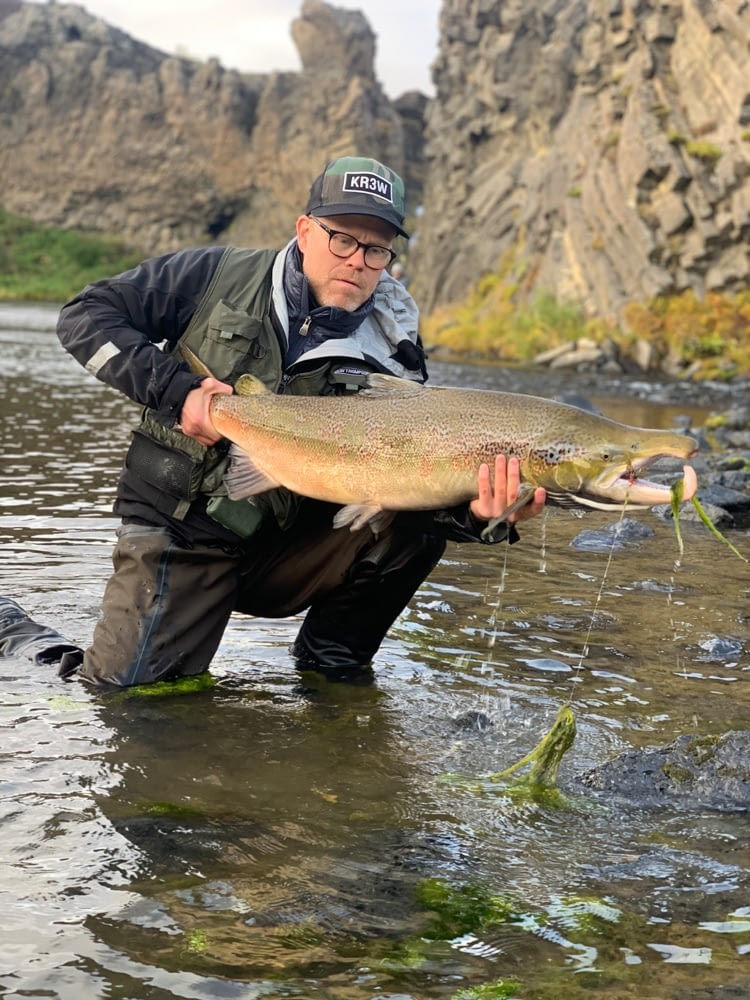 This is our highly skilled guide Siggi, which probably many of you have already met. He started fishing at a young age in Northern Iceland, where he took his first casts on Eyjafjardara river, where his grandpa had landowners days and they caught plenty of monster-sized Arctic chars. Eyjafjardara has been his favorite river ever since.

Siggi is sometimes called Siggi Sunray (maybe for obvious reasons), but despite that, his favorite fly is Lilja, which he designed himself and named after his first-born daughter (see one of the pictures).

What Siggi loves the most with fishing is how diverse and beautiful the nature is and it of course only makes it better when feeling the big ones nail the fly. Last but not least, fishing in good company is always fun.

Nowadays, he finds it the most fun to fish for Atlantic salmon in the fall, the magnificent colors in the nature probably play a big role there.

Siggi’s most memorable fish is the 99 cm salmon he caught on Fossa river this fall, just below the waterfall Hjalparfoss. It was just perfect and the fishing location is one of the most beautiful ones you can find.